The prayer of st. Gregory 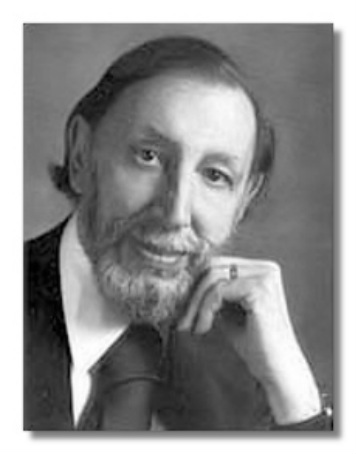 The Prayer of St. Gregory is a song composed by Armenian-American composer Alan Hovhaness for trumpet and strings with piano or organ accompaniment. Hovhaness was born on March 8, 1911 in Somerville, Massachusetts, originally having the name of Alan Vaness Chakmakjian. After his mother's death, he changed his last name to his surname "Hovhaness" in 1944, stating that "nobody ever pronounced it right". He died in June 21, 2000.

Hovhaness was a very prolific composer, having written over five hundred works of music during his lifetime. His unique style has been praised by professional musicians and music critics; as summed up by Boston Globe critic Richard Buell, "Although he [Hovhaness] has been stereotyped as a self-consciously Armenian composer, his output assimilates the music of many cultures. What may be most American about all of it is the way it turns its materials into a kind of exoticism. The atmosphere is hushed, reverential, mystical, nostalgic."

The Prayer of St. Gregory illustrates Hovhaness's style of despair. Depicting St. Gregory the Illuminator, the patron saint of the Armenian Apostolic Church who was imprisoned for twelve years, this musical piece embodies a powerful and stirring prayer, a cry for help and forgiveness. In the beginning, there is a soft piano melody, emphasized by a group of lightly played chords, setting the scene of Gregory's prison. The piano then smoothly transitions to introduce the trumpet solo, which starts with an expressive concert C pitch. This begins to illustrate Gregory's emotional and heartbreaking prayer.

The trumpet solo continues in elaborate phrasings, slowly rising and ebbing in pitch as the piano lightly accompanies the melody. There is no abruptness; the music emulates Gregory's cries with great fervor. After the trumpet ends on a held concert A pitch that diminishes little by little (Gregory's cries fading into silence), the music transitions back into the piano. Ever so expressively, it starts quietly with phrases of crescendos and diminuendos. Then, the music commences to increase in volume, chord after chord vibrantly articulated in concert A minor. Gregory begins to pray fervently once more as the trumpet comes back in with a forte dynamic. Unlike the first section, the melody continues to crescendo higher, as Gregory starts to depressingly despair. The notes climb until they end on a tremendous climax of a high concert A pitch, the dynamic marking a brilliant fortissimo. The trumpet then wanes in energy, the notes climbing down elegantly and diminishing in volume as if Gregory's prayer echoes until it fades around the prison walls.

Once again, the piano takes over the melody as the trumpet stops playing. It plays through an extended section of solemn "silence" with doleful phrases continuing to match the theme of A minor. In this portion, Gregory does not say anything, but inside of him, anger and frustration festers, ready to violently burst out. As the piano begins to transition again to bring back the trumpet one last time, marked by a series of voluminous eighth notes, Gregory painfully prays with tears furiously raining from his eyes. The solo follows his final prayer, rising towards a fleeting concert A half note as Gregory's cry reaches the zenith. It then slowly diminishes, Gregory's prayer approaching the very end. Finally, the tempo slows as both the trumpet and piano end with sustained chords in a fermata, illustrating the end of The Prayer of St. Gregory.

the prayer of st. gregory #2: Nathaniel Mayfield and Albinas Prizgintas

The first performance of The Prayer of St. Gregory I listened to was played by international trumpet sensation Wynton Marsalis. The second performance was played by New Orleans Fulbright Scholars Nathaniel Mayfield (trumpet) and Albinas Prizgintas (organ).

The main differences between the two performances were the tempo and style. Wynton Marsalis played with a moderate tempo, never slowing down and always giving a quick direction to the next phrase. Nathaniel Mayfield and Albinas Prizgintas, on the other hand, were more conservative on this piece; they played a little bit slower than Marsalis did, slowing down on phrases with descending scales. Also, Marsalis had a loose style; he showed no constraint in portraying the prayer, playing a brilliant fortissimo at the climax. Mayfield also played out, but was more restrained than Marsalis in regards to dynamics. Even Prizgintas played the organ at a mezzo forte, unlike Marsalis's organ accompaniment, who played a strong forte.

Both performances also shared similarities. In regards to the message of the piece, both performed mellifluously in the phrasings and connected them as if they too were crying in prayer.  They were able to match Hovhaness's original intent of the piece: to tell the story of St. Gregory's prayer of despair and anguish in prison. Both embellished the dynamic markings, building grand crescendos to the climax, a high concert A note, and diminished greatly in the end to signify the dying of St. Gregory's unheard prayer. In addition, throughout the entire piece, both Marsalis's accompanist and Prizgintas created a ceremonial feel to the prayer with their light, sustained chords and supported the trumpet solos in getting the theme of despair across. As a result, they helped create a mood that makes the listener visualize as if he saw and heard St. Gregory praying for his life. Both performances were exceptional in their styles and are fine examples in how the Prayer of St. Gregory should be performed. 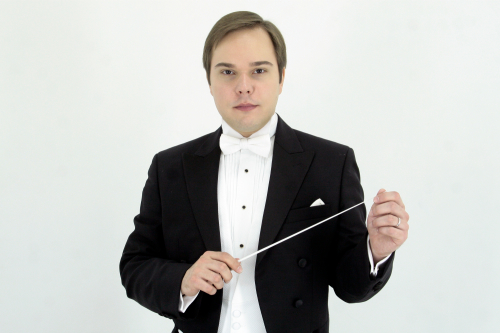 For my performance review, I attended the Schubert and Mendelssohn concert, performed by the Baltimore Symphony Orchestra at the Weinberg Center in Frederick, Maryland. The concert was conducted by Brazilian conductor Marcelo Lehninger (shown above) and featured violin soloist Madeline Adkins.

The first performed piece, Schubert's Symphony No. 8 in B minor, "Unfinished", had a rather ominous theme to it. The beginning of the first movement (of two), Allegro moderato, was emphasized by quiet strumming of the strings, which the audience had to be very silent to discern. The woodwinds shared the same volume with its light trilling, and the brass was even quieter, merely accompaniment. Measures later, the solo oboe and clarinet introduces the principal theme of the piece, with a vibrant yet mysterious melody. The cellos then play the second theme, a well known trademark of this symphony, but are abruptly outplayed by the sudden fortissimo dynamic of the orchestra. After a brief clash between lyrical softness and furious outbursts, the orchestra wanes in volume, leaving the audience a tranquil image that transits to the second movement, the Andante con moto. Almost immediately, drama builds back in, as the bass strums a wistful melody illustrating Schubert's final moment of his life. The oboe and clarinet also return with an eerie solo, juxtaposed with an arching theme played by the violin. The battle between tranquility and ferocity resumes until the end, showing a hidden beauty that gives a sense of completion to the audience.

The Baltimore Symphony Orchestra continued with two other pieces, "The Lark Ascending" by Ralph Vaughan Williams and "Introduction and Rondo capriccioso, opus 28" by Camille Saint-Saens. In both, violin soloist Madeline Adkins guided the orchestra with impeccable and powerful finesse. In "The Lark Ascending", a piece that depicts the calm and tranquil atmosphere of Europe before World War I, Madeline had a very peaceful but stirring solo. Softly she played, at times without the orchestra, but the elegance her bow glided through her violin's strings painted a poignant picture of Europe's beauty. It felt as if the orchestra resembled Europe itself, with Madeline representing its setting and culture. The tranquility of the piece remained static to the very end. In contrast, "Introduction and Rondo capriccioso" is a piece filled with thrilling liveliness and action. Madeline's style changed from delicate to wild and loose; she expressed no constraint as she furiously strummed the violin with the same finesse as before. Marcelo Lehninger's conducting matched her playing with demarcated strides, and the orchestra accompanied her solo with articulated chords that illustrated a Spanish dance with no limits. The piece ended with a bright A major theme, leaving the audience breathless and in awe when finished.

The final piece of the concert, Mendelssohn's "Symphony No. 4 in A Major" ("Italian" ), depicts Mendelssohn's joyful experience in Europe, particularly Italy and a hint of Germany. The first movement of four is marked with high spirits, the violins and woodwinds leading the melody in celebration. Despite its revelatory theme, the music is light and clear, providing a balanced color for the mood of the symphony. As the movement reaches its development section, a string fugue comes into play, vigorously directing a catchy and lively tune that is reminiscent of the music of Bach. The brass also join in, providing a sturdy structure for the movement's theme.  When the symphony transits to its second movement, the atmosphere changes to that of a religious procession. The bass gives the processional feel, "jogging" along at a steady tempo. The oboes, bassoons, and violas add a somber yet lovely melody, sharing haunting timbres. The violins shortly take over, joined by a flute duo that brings  in an obbligato melody that continues the procession. Near the end, the processional gradually fades away, leaving a deafening silence at the last measure. The third movement is structured by a string minuet, contrary to Beethoven's pattern of a scherzo for conventional third movements. The style goes back to the Classical era, demonstrated by the strings playing the minuet and the horns and bassoons giving a noble presence in the trio section. Unlike the previous two movements, this movement is more oriented in Germany than in Italy. Finally, the fourth movement describes a vivacious Italian saltarello ("leaping dance") with an unusual aspect: it is A minor instead of A major. Still, it matches Mendelssohn's general composition in regards to lightheartedness and excitement. The entire orchestra, brass included, performed happily and joyfully to the very end, a satisfying conclusion to the symphony and the concert as a whole.